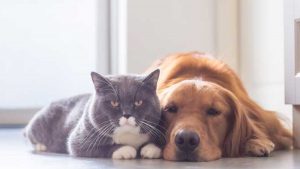 Our pets are very important members of our family and when they are seized by Ontario’s Animal Welfare Service (“AWS”) or the Police it is important to know under what authority an animal was seized so that you know the correct process to have your pet(s) safely returned to you.

44 (1) An animal welfare inspector who is lawfully in any place may, without a warrant, seize any animal or thing that he or she has reasonable grounds to believe,

(a) has been obtained by the commission of an offence under this Act;

(b) has been used in the commission of an offence under this Act;

(c) will afford evidence of the commission of an offence under this Act; or

(2) If the animal welfare inspector is in the place pursuant to a warrant, subsection (1) applies to any animal or thing, whether or not it is specified in the warrant.

(3) An animal welfare inspector shall deliver any animal or thing that he or she seizes to a person authorized by the Chief Animal Welfare Inspector for safekeeping.

(6) An animal welfare inspector who has seized an animal or thing under this section shall comply with the requirements of section 158.2 of the Provincial Offences Act.

(2) The person shall, as soon as is practicable, take the following steps:

1. The person shall determine whether the continued detention of the thing is required for the purposes of an investigation or proceeding.

2. If satisfied that continued detention is not required as mentioned in paragraph 1, the person shall,

i. return the thing, on being given a receipt for it, to the person lawfully entitled to its possession, and

ii. report to a justice about the seizure and return of the thing.

3. If paragraph 2 does not apply, the person shall,

i. bring the thing before a justice, or

Motion to Return an Animal under Safekeeping

If it is determined that the animal is not required for evidence at trial or for further investigation the animal must be returned to the owner or lawful custodian. The maximum length of time am animal can be held for safe keeping is three months unless a judge specifically orders otherwise. The authority for the three months hold maximum is found in section 159 (2) which states:

(2) Nothing shall be detained under an order made under subsection (1) for a period of more than three months after the time of seizure unless, before the expiration of that period,

(a) upon motion, a justice is satisfied that having regard to the nature of the investigation, its further detention for a specified period is warranted and he or she so orders; or

The authority to have the animal returned when the animal is being held for safekeeping is found under section 159 (4) which states:

One of the more significant features of a seizure of an animal performed under the authority of section 44 (1) of PAWS is that no notice or documentation is required to be delivered to the defendant upon taking possession of an animal by the crown.

What is important to note is that a seizure of an animal under section 44 (1) of PAWS is a seizure for the purpose of collecting evidence for a trial, and not for the protection of the animal.

If the AWS wish to take custody of an animal for the animal’s protection after the animal has been ordered returned by the Provincial Offenses Court (The Ontario Court of Justice), then the AWS may issue an order pursuant to section 44 (7) and (8) of the PAWS Act which states:

(7) Any animal or thing seized and not forfeited under this section shall be returned to the person from whom it was seized if,

(a) a charge is not laid at the conclusion of the investigation; or

(8) Despite subsection (7), if the Chief Animal Welfare Inspector has reasonable grounds to believe that the animal may be placed in distress or trained to fight another animal if returned to its owner or custodian,

(b) the notice provisions in subsections 31 (7) and (8) apply, with necessary modifications.

Motion to Return an Animal In-Care

Once section 44 (8) is triggered by an Order issued by the AWS the defendant only has 5 business days to make an application to the Animal Care Review Board to have the animal returned to their possession.

The authority to request that an animal be returned to the care of an owner or custodian is found in section 38 (1) of the PAWS Act, which states:

38 (1) An owner or custodian of an animal may appeal the following to the Board within five business days after receiving notice of them:

1. An order from an animal welfare inspector.

2. A decision by an animal welfare inspector to remove an animal from a place.

A decision to take an animal into the Chief Animal Welfare Inspector’s care.

(3) An owner or custodian of an animal who receives an order from an animal welfare inspector may apply to the Board by notice in writing to have the order revoked if the animal has ceased to be in distress.

What is important to note from the above discussion is that timelines to recover your animal are tight, and it is important that you have the right legal representative with the knowledge and experience to guide you through this process and help you obtain the best outcome for your situation.